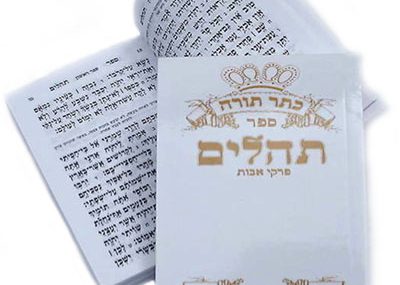 …who didn’t walk in the counsel of the wicked,

and in the way of the sinners he didn’t stand,

and in the seat of the scorners he didn’t sit.

These three situations are in descending order of intensity and magnitude. Each progressive step in the opposite direction can lead a person away from HaShem, himself, and those around him. In the end, he loses touch with reality- the reality of Torah, HaShem, and his unique role in this world.

That journey starts with, “…and in the seat of the scorners he didn’t sit.”

Who sits? A judge! The person on the path to emes realizes that he is in no position to judge others or anything else in this world unfavorably. Do we really know what is going on inside another person? Where he or she came from? What’s going on in his or her life at the moment? What this person’s potential is in this world? Or, can we really claim to know more about how to run the world than HaShem?

On the other hand, when a person starts passing judgment about those around him, about the mitzvos, about Torah Scholars and Tzadikim, about HaShem, and even about himself, he creates an opening for the yatzer hara (the evil inclination) to come in.

This leads to the next stage, “…and in the way of the sinners he didn’t stand.” Chazal tell us that חַטָּאִים are those who sin inadvertently. Someone on the path of emes, won’t put himself in a situation where he is likely to fall- even if the fall comes unintentionally.

On the other hand, the person who is accustomed to making judgments can easily get careless. After all, he may tell himself, he isn’t “walking” in the way of someone who sins inadvertently, he is merely “standing” there. But by doing so, he puts himself in a position where he can fall; he creates for himself his own stumbling block.

And, this leads to the final stage, “who didn’t walk in the counsel of the wicked.” Chazal tell us that “as soon as a person has committed a sin twice, it is no longer a sin for him.” (Yoma 86b). In fact, it becomes a “mitzvah.” When a person falls the first time, he has a choice whether or not to make an effort to do teshuva. If that opportunity is ignored, then he will ultimately walk in the counsel of his yatzer hara in that area.

We all have areas in our lives where we go through these steps in a negative way. The only way to fix ourselves is to work backwards… If you had the opportunity to sin, but you held yourself back, you’re אַשְׁרֵי , praiseworthy! If you make an effort to create a situation where you will be less likely to fall in the future, אַשְׁרֵי! If you succeed in changing your attitude to the person or the situation, if you bring HaShem into the picture and realize that even in this place, this experience, this person, He is there… אַשְׁרֵי!